UNDERTOW have existed since November 1993 and, with nearly 25 years, are one of the longest-lasting bands in the German metal scene. UNDERTOW plays metal. Not in the sense of heavy-, true-, speed-, prog-, new- or whatever-metal, but in the sense of aggressive guitar music, cliché-free, relaxed, straight and energetic. The band’s trademarks have always been melodious songs and highly recognizable structures.

UNDERTOW have been playing live since 1994 and their first demo was recorded in the same year. This was followed by "Slope" a DIY CD. At the beginning of 1999 "Harm OnE" was recorded for the label SUB ZERO, which was released in May via ZYX. Shortly after the recordings, the band separated from drummer Christoph Eberhard and replaced him with Oliver Rieger.

In April 2000, UNDERTOW joined Crowbar's "The South Shore Rise Again" tour, together with Eye Hate God, Soilent Green and Drecksau. In June 2001, together with the New Yorkers Pist On, they toured Germany and Austria.

In December 2003, drummer Oliver Rieger announced that he would leave the band in mid-2004. Guitarist / singer Joschi Baschin and bass player Tom Jentsch completed the trio with drummer Rainer Pflanz and began writing songs for their next album "Milgram", which was released in early 2006. In April 2006 the band set out on an extended European tour with Pro-Pain.

At the beginning of 2008, after an extensive preparatory phase, the band returned to Roger Grüninger’s Studio 141 in Schwäbisch Hall. This time recording sessions lasted more than a year, but the result was a very well thought-out, mature record called "Don’t Pray To The Ashes" on which every little detail was meticulously worked out. The album was named record of the month in Rock Hard and received high scores in all relevant metal magazines.

The band’s long-term cooperation with Silverdust finished with the release of "Milgram", so with the finished album “Don’t Pray To The Ashes” in hand, the band searched for a new label and the album was released in December 2009 by Prevision Music, a sub-label of Supreme Chaos Records.

In the years that followed, the band toured and played many festivals and other well-attended club concerts throughout Germany and neighboring countries. Also under the banner of "Burn To Ashes 2010" the band toured through Germany with their friends in the band HACKNEYED.

After touring and extensive rehearsals, drummer Rainer Pflanz left the band at the end of 2010 and Oliver Rieger returned, bursting with energy, to gladly take over the legacy again.

The songwriting phase of the follow-up album "In Deepest Silence" started in May 2012. At the end of this phase the band was strengthened by new guitarist Markus "Brandy" Brand, who greatly extended the sound horizon of UNDERTOW.

In December 2013, the album "In Deepest Silence" was released on Supreme Chaos Records. Again UNDERTOW achieved high scores in the reviews of the metal magazines and online portals.

The following years saw the band again playing extensive concerts and festivals, followed by a German tour with End Of Green and several concerts of the Harmful Farewell Tour.

Writing songs for the next album took UNDERTOW until the end of 2015. This time, they deliberately wanted to keep the songwriting phase shorter to make the material sound more compact. The band invested a lot of time in creating new sounds, developing song structures and improving instrument skills before they began recording the new album in September 2016.

In the autumn of 2016, the band re-entered well-known Studio 141 to record the songs for the new UNDERTOW album "Reap The Storm" under the proven production management of Roger Grüninger. Unfortunately, bassist Tom announced his departure during the recording sessions, which initially put the band in a state of shock and forced a several-month break from recording. However, the remaining members of UNDERTOW found Andreas Hund, a new capable bass player, who not only fits in with the band as a human being, but also enthuses with his incredibly song-loving bass playing. 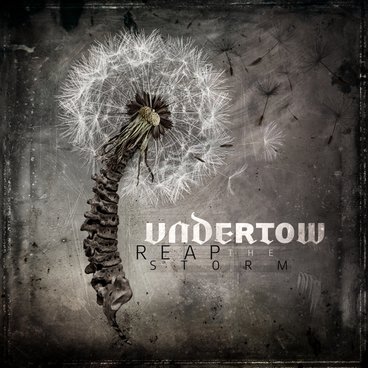 UNDERTOW is pleased to present the latest addition to their metal legacy, Reap the Storm, an intense and dynamic 10-song album that finds the band exploring new aspects of their sound while staying true to their trademark combination of energy, catchiness, melody and aggressiveness. The line-up change has inspired the band and increased the intensity of each song with longer guitar solos and harmony parts. Powerful vocals express lyrics inspired by social criticism and personal experience, while driving bass lines and sophisticated drumming provide a compelling foundation to each song.

And even after nearly 25 years UNDERTOW's motivation and ambition, the love for your music and the fun, remain unbroken!

Copyright by UNDERTOW @ All Rights Reserved